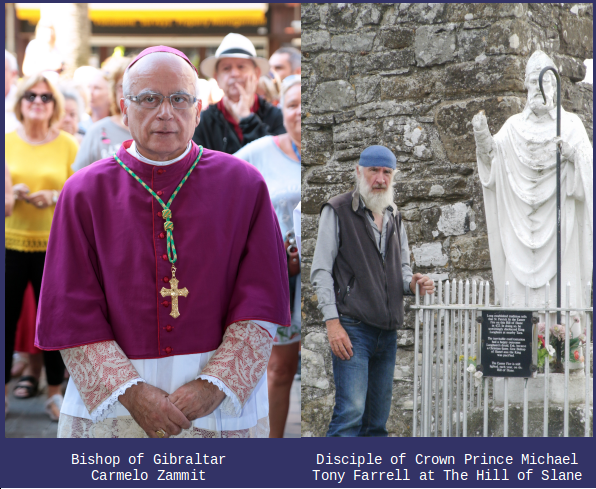 No graven images? A Michaelmas Mismatch?

CC: Christ in His Second Coming

A meeting with a disciple of Christ or a Michaelmas mismatch?

On a date which certain Christians refer to as “Michaelmas day”, which is otherwise known in your Roman Catholicism as the feast of Archangels St. Michael, St. Gabriel and St. Raphael, may I, a disciple of Crown Prince Michael, take this opportunity to wish you a good Sabbath day.

Crown Prince Michael is also known as Archangel Michael, and The Christ/The Messiah, and as I have previously mentioned to you, Christ is here right now, in His Second Coming.

Now according to your Catholic News Agency, it says that the three Archangels Michael, Gabriel and Raphael are the only angels named in Sacred Scripture and all three have important roles in the history of salvation.

With respect, dear bishop, I have news for you on that front. Firstly, Christ in His Second Coming confirms to me that He actually hates ALL your feast days. They are an abomination to GOD.

Amos 5:21 I hate, I despise your Feast days, and I will not savour the scent of your solemn assemblies.

Secondly, Sacred Scripture lists many more angels than a mere three Archangels. It does so especially in The Book of Enoch which was removed from The Bible when evil church leaders led by Rome, figured out what it really meant and what it foretold.

The Book of Enoch and Noah stands as the missing-link and binding-tie between The Holy Bible and The Holy Koran and it contains proof that the original Holy Koran, contained in God’s newly completed “King of kings’ Bible”, is undoubtedly from The Ruler of The Universe (God/Allah), and, when correctly interpreted, it is in perfect harmony with the Bible (see chapter 104).

The Book of Enoch from The King of kings’ Bible
http://jahtruth.net/kofk-free/Bible/06.htm

The Book of Enoch was acknowledged as Holy Scripture by Jesus the Nazarite; by his half-brothers James and Jude; by all of his Apostles and the whole Christian Church for several centuries before Mohammed Mustafa was given the Holy Koran, in which Enoch is greatly praised by God and we are told that God “raised him to a lofty station”.  This praise is also recorded in the section of The Apocrypha called “The Wisdom of Joshua the son of Sirach”, also known as “Ecclesiasticus”.

This extremely precious “Book of Enoch”; a Book of “immeasurable importance”; throws much Light on the thinking of God, and also of Jesus and of his Apostles Paul and Peter. All regarded it as Sacred Holy Scripture and quoted from it; as did also Jesus’ half-brothers James and Jude. It should therefore be readily accepted not only by Moslems but also by all Christians, and; because of God’s very high-regard for His Prophet Enoch expressed by Him in The Torah; Jewish people too. Hopefully that will result in the uniting of all three as one, as God is One. 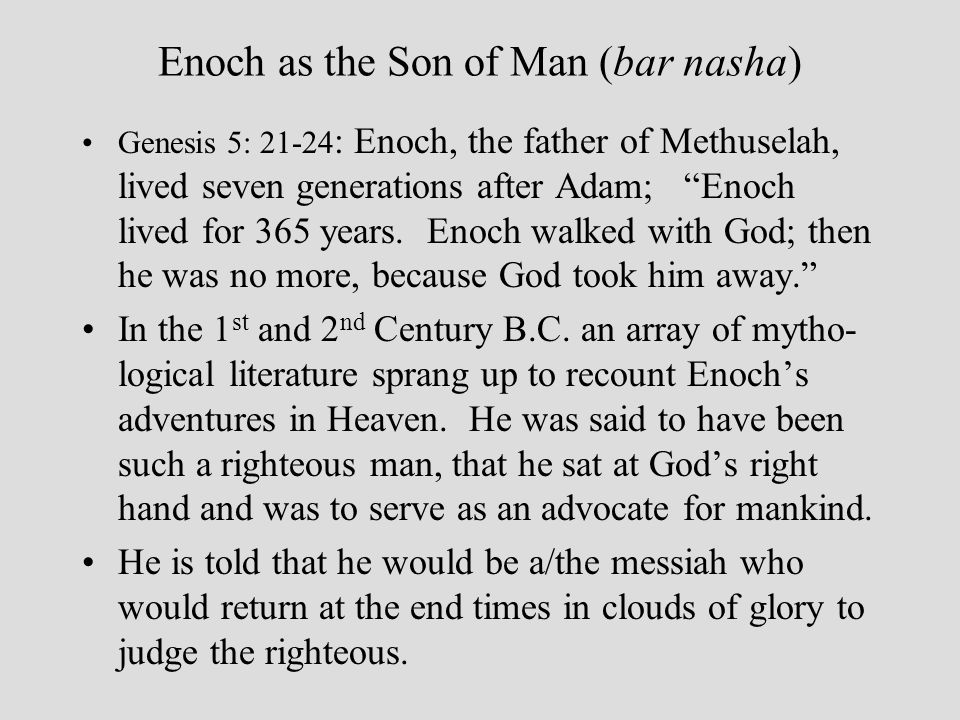 At this point, you would do well to familiarise yourself with some of the important prophecies which are relevant to your situation in your capacity of the Roman Catholic Bishop of Gibraltar.

The Book of Enoch Prophecies
https://hannahmichaels.wordpress.com/2013/04/11/book-of-enoch-prophecies/

All that said, the reason for writing to you today in my capacity of one of Christ’s disciples, is to formally request a meeting with you, please, in an exploratory context, so that I can share information with you about Gibraltar’s importance according to Crown Prince Michael.

At this point, you will doubtless recall our previous two impromptu encounters: one which happened during a cathedral communion service; and the other inside a church confessional box. The former relates to where I first informed you that Christ was already here in His Second Coming. The latter relates to where I mentioned Archbishop Carlo Maria Viganò’s 11-page document to Pope Francis (please see update), a document entitled Treasonable Cause, your predecessor Ralph Heskett and the prophetic importance of Sheffield.

Previously, as you know, I have spoken in a friendly manner to two of Gibraltar’s Roman Catholic priests, namely Derek Alvarez and Piotr Gasiorek. Both priests were made aware of my desire to meet formally.

In an effort to aid your decision-making, I am providing you with a further twelve insightful articles which are all relevant to you and other leaders within the Christian churches in the British Overseas Territory of Gibraltar.

1. GEBAL TARIQ – GIBRALTAR (the Rock of the ‘Night Visitant’ – in Arabic) CLOSE ENCOUNTERS of the GIBRALTAR KIND (fact or fiction?): http://jahtruth.net/closeenc.htm#Fort

2. His Rock of Defense: http://jahtruth.net/emmau2.htm#Rock-gib

5. Moses and Gibraltar from the Holy Koran Part of Sura 18 – The Cave (correctly translated and interpreted): http://jahtruth.net/mosgib.htm

6. A Message for Gibraltar from God in The Koran to The Fremen/JEDIs* *(1 Corinthians 7:22 in the Bible): http://jahtruth.net/mesfmgod.htm

7. Gibraltar – Gebal Tariq (The Rock of ‘The Night-Visitant’ – in Arabic British or Spanish?: http://jahtruth.net/britspan.htm

8. The Story (in brief) of Tephi, queen of Tara & Gibraltar – daughter of king Zedekiah of Jerusalem, from the line of king David who slew Goliath: http://jahtruth.net/tephisum.htm

9. The Song of Moses and The Lamb – Let the Inhabitants of The Rock sing the ‘New Song': http://jahtruth.net/nsongad.htm

11. The Way home or face The Fire: http://thewayhomeorfacethefire.net/

12. The King of kings’ Bible: http://jahtruth.net/kofk-free/Bible/

This email started with a reference to Michael the Archangel, and will end with reference to Christ in The Book of Enoch as detailed in a “Time To Think” article from Hannah Michaels.

Christ will rule from His Throne during the seventh millennium after evil is wiped from the Earth. “The Lord of spirits sat upon the Throne of His Glory, And the Spirit of Righteousness was poured out over him (the Elect One)…” (Enoch 61:2-4). “And in those days shall the Elect One sit upon his throne (the Stone or Pillar of Destiny – the Throne of David – the Throne of Israel – the British Throne – Jacob’s Pillar), while every secret of intellectual wisdom shall proceed from his mouth; for the Lord of Spirits has gifted and glorified him” (Enoch 50:3).

“And trouble shall seize them, when they shall behold this Son of The Woman sitting upon the throne of his glory” (Enoch 61:9). The Woman is Britannia – Israel God’s wife (metaphorically), described in Revelation 12:1-2, 5-6. The “throne of His glory” will be given to Him by God during the fourth and final overturn of the Stone of Destiny (Ezekiel 21:27). “Then shall the kings, the princes, and all who possess (and think they own) the Earth, glorify Him Who has dominion over all things; and him who was concealed (and does own it), for from eternity the Son of Man was concealed, whom the Most High preserved in the presence of His power and revealed to the Elect” (Enoch 61:10).

Regarding my request for a meeting, I look forward to receiving a positive reply from you.

P.S.  Besides Christ, the following selective seven church leaders in Gibraltar have been copied into the email.

P.P.S. The Gibraltar Messenger series might also be of interest.
http://www.gibraltarmessenger.net/