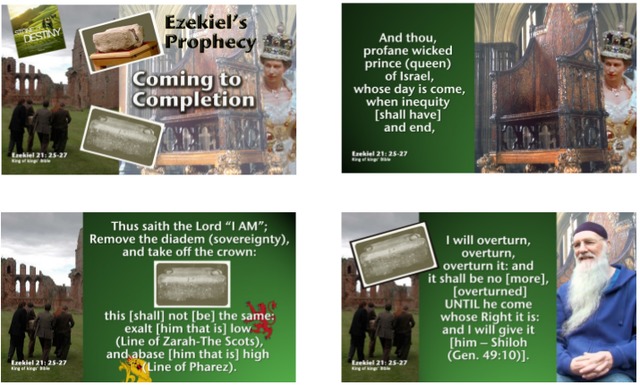 The JAH TALK website has been spawned from a quest to bring down the walls of silence over the worldwide corruption within our midst today.

Its purpose is to alert as many people as possible to the news that Christ, in His Second Coming, is here on earth right now. He is here to claim His Rightful British Israelite Throne. People of all faiths and none, now need to take note and heed the key message of our time, before it’s too late. 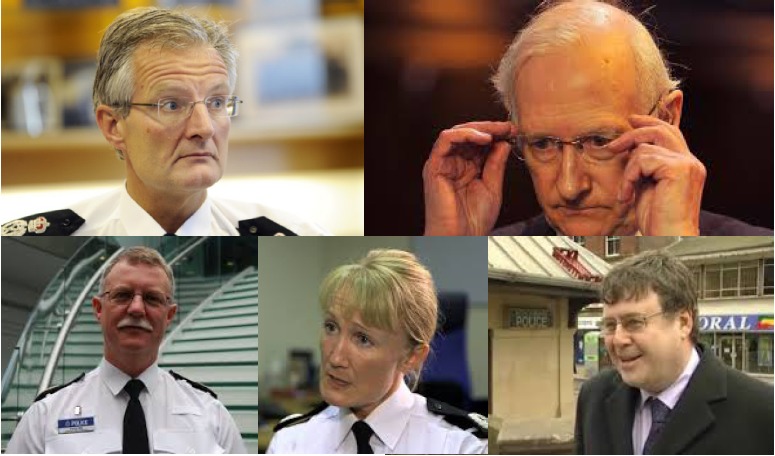 I hope this finds you well, in good spirit an having a good day. My name is Tony Farrell and I worked for SYP for 17 years. I continue to take great interest in the organisation’s well-being and business affairs, in so far as I am able to do so from an arm’s length distance. Being on the outside now and looking in, gives me quite a different vantage point from the one I experienced in my years of service with the organisation, as an intelligence analyst.

Doubtless many of you, if you are anything like me, will have been affected in some way or another, by the ongoing bad publicity confronting your police force. The issues hitting the media are not very edifying to absorb for any fair minded member of staff. During my own time in the workplace, I had the privilege of being alongside some very hard working and positive people, both police officers and police staff alike, across the entire ranking spectrum, and so I have, more than most members of the public, empathy with the circumstances confronting the force as a whole.

In an effort to try to help both your organisation and many of those conscientious and caring staff members employed in it, you are being alerted to a brand new website, which I guarantee is very different from anything you will have previously encountered. It is full of things directly affecting South Yorkshire Police, because whether current members realise it or not, your organisation has been singled out to play a part in something very special indeed. That special thing is unfolding right now and although not yet visible to most, it will shortly change the history of the world and turn it upside down. Some of your most Senior Officers have already been made aware of this fact, and they will doubtless realise that something rather strange is going on here. Anyway, just for now, members of South Yorkshire Police are getting a sneak preview of what’s to come, so to speak. Save for a tiny few, the link at the bottom of the email has not yet gone into circulation beyond members of South Yorkshire Police.

A while back, I was greatly encouraged to see that it was a publicly declared aspiration of your Senior Command Team to transpose itself into the best police force in the country. Sincerely, I hope that aspiration still holds true. Out of all the adversity and negative press, it may surprise you to hear that I, as one of your organisation’s most vocal critics, still believe that such a noble pursuit is entirely achievable. South Yorkshire Police can transform itself into, not just the best force in the country, but the best public sector  organisation in the world. That is no hype. Almost certainly, you won’t yet appreciate just how uniquely placed and privileged you all are, working in South Yorkshire, at such a momentous time like this. Conversely, if your organisation, in its own arrogance, decides not to take heed of the messages imparted within the links, and change for the good, then by the same token, your force is destined to become one of the most vilified public sector organisations known to mankind. Frankly, I don’t wish to see that happen any more than I’m sure, you don’t. So, what needs to be done to ensure South Yorkshire Police ends up on the right side, rather than the wrong side, of history?

For your organisation to be transformed into a beacon force for the good of mankind, as many of you as possible must first visit the website below, in your own time and digest the key content and reflect deeply on the vital messages contained within. Spread the link to your work colleagues and visit the link when you get home. Don’t do this at work. It’s a private and personal thing. Right now though, make no mistake about it, Sheffield is just about the most strategically important city on the planet. That is no joke.

My guess is that few if any of you will have the foggiest idea why that could be so, even though I have hinted at this in previous correspondence to some of you. Well, I want each and every one of you now to be in the know. This applies to your janitors as much your highest ranking officers. You are all equally important here, make no mistake about that. This messenger is no respecters of rank in the context of the message I am called upon to impart. At a stroke, you could collectively so easily become a truly great organisation and shine so much light and good on the rest of the world at large. If only you knew how. Make no mistake, that bold statement is no idle boast, but time is not on your side. In
a nutshell. I want South Yorkshire Police to become blessed, and not accursed as it has been for the last quarter of a century. You need to understand the dynamics of what’s going on here. You need to grasp quickly what must be done to remove the curse covering the corridors of power. Which way it fares for you will be entirely of your own and your leaders’ making.

These days in the rank and file, as your Chief Constable David Crompton publicly infers, there may no longer be a whiff of life on Mars around the place, but to transform yourselves into a sweet smelling entity from the public’s perspective, you need to collectively understand what it would be like to have a taste of life on Venus.

The website from the various links below will explain more in terms of what exactly I mean by that riddle. Your former Principal Intelligence Analyst recommends an immediate response and implores you not to ignore the most pressing issue confronting your organisation right now. Once you have done your own private homework and your own diligent investigations, please help your Chief Constable, and let David Crompton know exactly how you feel after receiving an email like this. David does write to me from time to time, as you will be able to see from the “Chronicles of Crompton” link. It’s a special six of the best for your Senior Command Team and last, but by no means least, I am also throwing in a special film made for the new Police and Crime Commissioner,the Reverend Dr.Alan Billings, just for good measure.

1. THE CHRONICLES OF CROMPTON

4. DREAM OF TRUTH AND JUSTICE

5. THE WHOLE ARMOUR OF GOD

6. NOBODY EXPECTS A KEITH VAZ INQUISITION

7. THE SOUND OF ELIJAH’S SHOFARS
– Bringing down the walls of Silence over Corruption in South Yorkshire.

I wish you all a peaceful 2015, as you and your force faces some doubtless very difficult challenges ahead. May the Force be with you and all your work colleagues.

Ephesians 5:8 For ye were sometimes darkness, but now [are ye] light in the Lord: walk as children of Light:
5:9 (For the fruit of the Spirit [is] in all goodness and righteousness and truth;)
5:10 Proving what is acceptable unto the Lord.
5:11 And have no fellowship with the unfruitful works of darkness, but rather reprove [them].
5:12 For it is a shame even to speak of those things which are done of them in secret.
5:13 But all things that are reproved are made manifest by the Light: for
whatsoever doth make manifest is Light.
5:14 Wherefore He saith, Awake thou that sleepest, and arise from the dead, and Christ shall give thee Light.

I hope this finds you well, in good spirit and having a good day.

I am a messenger and this is a very important message. It is about Sheffield.

My guess is that none of you realise that Sheffield can become known as the most important city on the planet. I realise you will not readily accept that assertion just yet, but nonetheless it is true, and the evidence for it cannot be rebutted. The issue is about to be exposed to the nation and, as public servants, it might serve you well not to be caught out asleep, on the monumental issues which are about to confront you all.

My guess is that few if any of you are knowledgeable of why Sheffield in England has been specifically singled out in the Holy Bible, in the Old Testament Book of Genesis in profoundly prophetic terms.

My guess is that few, if any of you, will have the foggiest notion of/about the simple answer to any or all of the following questions.

1) What were the two biggest mistakes that have ever been made in Sheffield, in 1986 and 1988? The first involving SYP and the second the judiciary.

2) How can the city redeem itself, after it became the scene of two of the biggest mistakes that have ever been made in history?

3) How come you are all blind to the mistakes that have been made?

4) Why are South Yorkshire Police currently experiencing one woe after another and being disgraced like no other police force in the history of British policing?

5) Why did the nation’s biggest ever football stadium disaster happen three years after the first big mistake was made by SYP, and a year after the second, and also occur in the city of Sheffield, of all places?

6) Why has the concerted attempt to cover-up the truth behind the Hillsborough disaster by the police and the establishment failed so miserably, and back-fired horribly on the police?

7) Why has South Yorkshire Police been the only force to experience a rebellious Principal Intelligence Analyst willing to speak truth to power, over the real nature of the strategic threat facing the world today, when all other law enforcement analysts in the country maintain a deathly silence about the truth?

8) Why are South Yorkshire Police being singled-out over the exposure of Child Sexual Exploitation issues, when an ongoing national epidemic of paedophilia in high places simultaneously gets suppressed, by many of our public servants, who assume positions of highest authority?

9) Why are the church leaders so blind to the true meaning of the story of Joseph in the Bible, and its massive implication for this great city?

10) How can Sheffield become the most important city by far on the planet, right now?

11) Why are the answers to these questions so vitally important for you to grasp, both as individuals and leaders of your respective communities?

12) What should you do in response to this strange email promising a bizarre message about Steel city?

To begin to unravel the most important riddle in the history of mankind, and discover the answer to all the above questions, you are cordially invited to watch the preview of the “The Seven Hills Ripple Effect” film. Pivotal in this film, which is about to be released all across the globe, is Sheffield.

With that in mind, you are also invited to familiarise yourself with the wealth of material on the associated website, which offers you the opportunity, in a step-wise manner, to ascertain all the answers to all of the above questions.

Peace be upon you and within you.